The scope of the workshop:

Feminism Where to Evolve

By the Enlightenment era, westerner believed in a world centered the reason would allow them being independent form church. The world has already been the paradise, and the paradise could have only been possible in the nature shaped by that perception. The modernization process starting from the West has spread through the whole world both by the effect of globalization and cultural imperialism. Thus, being modern has not been a choice any more but an obligatory process. This modernization process starting in a great excitement ended up with disappointment of the westerners. Modernization was exposed to a savage criticism in the countries of origin. According to some, post-modernity was an effort to patch on modernity, an evolved version of modernism, and to others it was a new process at all. So-called dead god came back, meta narratives left their place to pluralistic solutions, and monist discourses turned into pluralist. A new much more chaotic era in which has no single truth and everything is both true and false has been started.

Structural roots of the feminism lean on the industrial revolution while philosophical background of it is derived from the Enlightenment. A favorable ground for women’s movement has actualized when the unequal relationships of the industrial revolution were added to the discourses of equality and freedom of the enlightenment. Feminist movement placing women’s rights at its core has constantly changed since the beginning, and it welcomed many different discourses of women. Fourth wave of feminism has started to be mentioned after first, second and third ones. Feminism has been effective more or less not only in its region first emerged but also all countries around the world. It tried to expand its field and to increase its power effect by international conventions. Feminism succeeded especially in its place of birth for both changing the mentalities and reflecting its proposals in politics. Therefore it has changed life practices of women and society. However, its “successful” performance starts to be questioned in its place of origin, today. The region reflecting the consequences of feminism best has been the region of people perceiving the results of modernism and facing its conflicts first. As evolving modernism into post-modernism, feminism evolved into post-feminism, and this evolution brought critical comments as if it lost its claims. A single truth or receipt could not be possible anymore. Women have also started to lose their confidence in feminism as a research from England reflected so. According to the research, women emphasized that they were not interested in feminism, they considered it as a negative label, and they found its discourses on men exaggerated.

Parallel to the assurance of modernism as heaven to earth, feminism’s assurance of emancipation of women deserves a calm evaluation.

Pros and cons of feminist theory in women’s lives are discussed in the West under such titles:

*Has feminism known as women’s emancipation movement and against repression of them saved women by its advices?

*How level did feminism emerging with the promise of emancipation provide women their emancipation?

*What are the effects of practices constituted by feminist approaches considering marriage and family as obstacles for women’s careers on women and society?

*Does power relation connecting with standing alone in your feet make women be more powerful?

*How is the response in women’s world to the motto “my body is mine”?

*Who benefitted more from sexual revolution?

*How did the discourses against children and family effect women’s lives?

*What are the benefits of women to be in work life?

*How did feminism prevent women from being commoditized, while it rejected women’s commodification on one side, and it also encouraged and even forced them to work in the capitalist system on the other?

*How did feminists starting at the beginning by the critics of power and system contribute to reproduction of the capitalist system while being in it?

*How did practicing life over a certain conflict effect women’s psychology?

*Is feminism done at this point? If not, is it turning into a new form?

*Where is the feminist frame evolving into, while it is changing in transformations since the beginning? 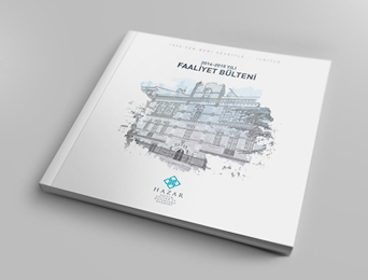